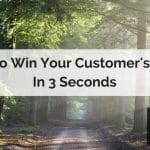 Many blockbuster campaigns are built on the shoulders of the “Big Idea”.

But before your customer will buy your product, she has to buy into that idea. How do you win her belief?

You don’t want to bore her with lots of explanation.

Or worse – raise skepticism by trying to shove it down her throat.

So how do you do it?

Eugene Schwartz provides an elegant solution in Chapter Nine of Breakthrough Advertising. He calls his method “Gradualization”, a gradual pathway of logic to lead to a new idea. It can take several paragraphs. A lot of it is cerebral.

With all due respect to Mr. Schwartz, there is a faster way to flip the script, to introduce a new concept.

(Or at least a faster way to do the heavy persuasion lifting before you start to explain.)

How? Use a shared story.

A story is like a Trojan Horse, that slides effortlessly past the gates of skepticism and delivers its powerful payload deep into the prospect’s emotional core.

In this context, when we have to introduce a new concept, it’s best to introduce it with story and then give more explanation as needed.

Let’s go “meta” and see how a Star Trek movie uses this method.

Near the climax of Star Trek: First Contact (certainly the best of the ST: Next Generation movies, wouldn’t you agree?) Captain Picard faces a terrible decision: he must blow up his ship to save his crew from the nasty Borg.

But Picard doesn’t want to do it. He can’t stand giving into the Borg. They wronged him once, and he’s going to make him pay.

He needs a serious call to action – a swift kick in the butt to jolt him into positive movement.

Problem is, none of the crew can stand up to him or make him see reason. So a lady named Lilly tries.

She tries arguing with him. Doesn’t work.

So then she insults him. Doesn’t work.

Finally she hurls a persuasion bomb right in Picard’s lap: she sneaks in a story.

Here’s what she says:

“I guess Ahab has to go hunt his whale.”

It’s an allusion to Moby Dick: the tale of the mad captain who ultimately destroys his ship and crew to satisfy his lust for vengeance.

At first Picard argues back – “This is not about revenge!” — but the argument is lost. And he knows it.

In a last fit of rage, he lashes out and breaks a bunch of model ships. He stares at them in silence. Lilly is about to leave when Picard quotes from Moby Dick directly, in these haunting beautiful lines:

“And he piled upon the white hump all the rage and hate felt by his entire race.

If his chest had been a cannon, he would have shot his heart upon it.”

Picard has been transformed. The story sunk in and did its work. He wins his inner battle. He and his intrepid crew go on to save the day and drink with Vulcans.

All thanks to the right story.

Summed up in 9 words. Took 3 seconds to say.

Call it the “Moby Dick Trick” – the quick mention of a well-known story to instantly create belief in an idea.

All the rational words and arguments failed to move Picard. They couldn’t reach his inner story. It took a shared story – in this case, Moby Dick – to get through to him, to really change his heart. It’s why Jesus taught in parables.

A shared story delivered at the right time is a shortcut to introduce a new idea quickly. To reframe the conversation. To make a confusing or even threatening idea palatable, even welcome.

Porter Stansberry used the Moby Dick Trick in his famous “Railroad Across America” sales letter for a financial newsletter.

When he introduced the Big Idea of the pitch, he could have said: “My newsletter will show you how to make a bunch of money by investing in extremely profitable growth industries!”

All head and no heart.

Instead, he opens the letter with a story: imagine you were an early railroad baron, and you capitalized on the new industry that was revolutionizing the young country. Think of how wealthy you would have become.

And that story rings true. We say to ourselves, “Yes, there are times when the right business idea generates kingdoms of wealth. I just have to spot them.”

The MORAL: Use the “Moby Dick Trick” – a quick reference to a well-known story – to instantly tap the emotional center of your prospect’s brain and win acceptance for your Big Idea. 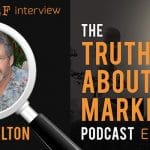 Ep 99: John Carlton – The One Skill Every Copywriter Must Master