[Story Sells] Every Great Story Has This… 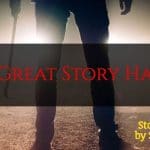 My buddy John, a veteran cop, got kicked out of his house recently. He’s a tough guy, but I’ve never seen him so down in the mouth. Things don’t look good. His old lady just accepted a job on the other side of the country.

But John’s a fighter. So he decided to make one last try. He hopped on a plane to surprise his wife in the middle of the holidays.

I bet you can picture him as a nervous wreck on the plane: rehashing old arguments … wondering what went wrong … and mumbling to himself, practicing what he’d say when he finally got a chance to see her.

And when he finally did see her … across the immaculate marble floors of the lobby … as she calmly issued orders to her subordinates … what did he finally say?

Well, he never got the chance.

Because it turns out his wife’s company had made some very bad enemies: A team of elite ex-East German soldiers who were bent on chocking the cash out of the company. They didn’t fire blanks. They ruthlessly slaughtered anyone who even looked at them wrong.

Now, John could’ve have slunk away. Even as a cop and a husband, no one could fault him for going up single-handed against a 20 man-strong gang of killers.

But that’s just what he did. Trapped in a building with psychotic thugs, John attacked — and was then hunted down like a dog. He was battered, bruised, and had his feet sliced to ribbons when he crawled through yards of broken glass.

John redecorated the place with his blood.

Finally, he was cornered by the head psycho himself, who was armed with a stinger missile and an itchy trigger finger. John was pinned against a wall, and could only stare as the madman approached …

And what happened next?

If you don’t know already, you’ll have to watch the movie Die Hard, from whose tense pages I lifted this story (with some modifications). The movie is a classic tale of suspense, and it illustrates one of the most important storytelling lessons you can learn.

It’s the secret to holding attention. It’s simple, but a lot of people get confused over this.

Get this straight, and you can spin a yarn that demands attention. Your reader will drop everything and glue his eyeballs to the screen to see how your tale plays out.

Get this wrong, and your prospect will ditch you first thing like a boring blind date.

So … how do you know when you’re reading a great story?

One reason: when you’re dying to know what happens next.

Strapping on my nerd goggles, I could say “A story is a sequence of information whose conclusion must follow from its introductory elements.” In other words, the whole point of a story is to get to the end.

But as simple as it is, people get it wrong. Some people focus on fleshing out a character. Others worry over the theme. Still others want to get every detail just right. These things matter to stories, but none of these matter a bit if people aren’t dying to find out what happens next.

Well, there are a few ways, but the easiest by far is to put the hero in some kind of danger. If we care about the character at all (a little empathy building is key first), then we’ll want to know what happens next.

In fact, the basic pattern of a good story is:

You squeeze the hero, and then she escapes … only to get squeezed again.

In the example above, John McClane faces death. (But notice that, when you first meet him, John is already facing peril: an imminent divorce. So we’ve already begun to squeeze.)

Now, not too many of us (I hope) are facing death on a daily basis. But actual death isn’t the only game in town. Lots of peril can stalk us during our lives. Each of these can be thought of as a “little death” that mimics the Grim Reaper’s cold kiss:

The death of a relationship.

The death of a career.

The death of our reputation.

The death of our confidence.

These are all grave dangers. When your hero faces one of these, your readers will want to know how he gets out of it. Especially when you set up the story properly — that is, show us what the hero has to lose, or why he must win, also known as “setting the stakes.”

And if you’re dying to know what happened to John but can’t wait to stream the flick, I’ll at least tell you this: he went on to make sequels. Four of them.

Hold your reader’s attention with the classic pattern of tension and release. 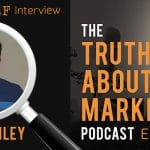