How To Turn Your Sales Page Into A Blockbuster VSL 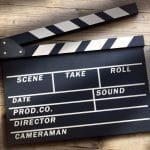 In this short article, I am going to show you how to use a few basic principles from the opening scene of The Lion King, “The Circle Of Life”, to create a VSL that influences and converts your audience.

In case you’re unfamiliar with the success of The Lion King, upon its release in 1994, the movie brought in $968,483,777 and still ranks as one of the highest grossing films in the world.

Over the years the title has evolved into the highest grossing broadway show of all time (with over $1 billion in earnings).

According to the Associated Press, in September of 2014 it surpassed all other titles in terms of financial success, with a worldwide gross of over $6.2 billion to its name.

That is more moolah than any other stage work or film in history.

As Walt Disney once said, “If you can dream it, you can do it.”

For now, we’re going to assume you already have a written sales page that you want to test as a Video Sales Letter.

Cool. Turning your written sales letter into a Video Sales letter can be one of the fastest and most cost effective ways to boost conversions with the written word.

In their most basic form, VSLs are essentially powerpoint presentations with a voice-over narration behind them…

Although, as you will see in a moment, some VSLs will include images, footage or a basic talking head.

If you decide to turn your sales page into a VSL, there are a few things you should check off the list before you say, “Action!”

For instance, some people prefer to read than watch.

You’ve heard this before, I’m sure: as the credits roll and the crowds make their way through the aisles in a dark movie theater, you’ll hear these folks saying, “That was good but… the book was better.”

No director or VSL producer wants to hear it, but it happens.

Your viewers won’t say it outright, but you will see it with response.

So, the first thing you should do when you turn your SP (sales page) into a VSL is hold on to that SP and make it available to your audience if they aren’t in the position to watch your VSL.

Statistics show 65% of the population are visual learners.

The same psychology behind turning a book into a movie is present when we turn our sales page into a VSL.

Most people do not like to read books or much else. Reading is not nearly as popular as watching.

It’s why an average screenwriter can make 100x more than the average novelist who only makes roughly $4,000 a year off their novel.

Aside from the 65% of watchers out there, that remaining 35% is worth speaking to, don’t you think?

Especially since you already have the thing typed out (and maybe even designed.)

Anyway, it’s also important to consider the times when turning your SP into a VSL is utterly pointless.

While the same content in two different media can yield different results, you can’t polish a piece of dirt and expect to make a diamond.

So if your copy isn’t converting as you would like in its written form, that doesn’t mean it’s time to turn your pitch into a VSL in hopes that things will change.

Look at it this way: if your car wasn’t running, would you give the thing a new paint job? Of course not!

You would take it to a mechanic and get the engine fixed before anything else.

Likewise, you are better off paying a copywriter to rewrite or give you feedback on what you have so you can test a different approach.

Once your copy is converting at a healthy rate, then it it will be time to turn it over to a VSL.

As a quick technical note, the simplest route, and perhaps the first step you will take, is to create a powerpoint presentation in Microsoft Powerpoint or Mac’s Keynote and voice over behind it.

The main thing to focus on is timing the slides with your voice, which can be tedious depending on how you go about it.

(A little secret is to pull the viewer through the VSL by advancing the slides ahead of your voice by a fraction of a second.

I use Adobe Premiere to make sure everything lines up but you can use whatever editing software you would like (or simply click a bit faster than normal if you record the VSL “live”).

Include images as you would like, but remember: your VSL is a sales machine of which copy is the engine and video is the paint job and details…

So keep your video copy-centric and keep your message clear.

The opening scene of The Lion King does exactly this by combining music, images and lyrics to support the overall story and set the stage for the rest of the movie.

Have a look, even if only for nostalgia’s sake:

If you have a heartbeat and a set of working ears and/or eyes, something about this scene will resonate with you.

I hope you watched the whole thing. If you didn’t, you might be a sociopath.

This scene is supremely emotional. The message is universal.

Even though our aspirations are limited to more specific markets, and we certainly don’t have a team of Disney animators and Elton John at our beckon call, we can model this opening sequence in order to hit our viewer’s emotional hot buttons.

Since our sales page speaks to one frustration or pain specifically, we want to touch on this in our opening and throughout the VSL.

What differentiates the opening scene in The Lion King from most other movies is the combination of its powerful imagery, music, and yes, the powerful story.

After this scene, we are invested in all the essential aspects of the movie, as much as we can be at this point.

We’re curious about where the story is going. Somehow after only a few moments, we care.

With this connection, the stage is set for all the other, even juicier elements of story to take place before us. Things like conflict, resolution, character development, etc.

Likewise, if you can tap into the psyche of your market in the first few seconds of your VSL, you will be 10x more effective when it comes time to sell.

Here’s an example of an introduction I did recently for a VSL addressing a market of anxiety sufferers:

Notice how all of these elements (the voices, the images, and sound effects) are all touching on the market’s major pain-point.

Now you’ve set the stage for your story to take place, for a greater bond with your audience, and of course, the call to action and the sale.

From there, the copy goes on to reinforce the message and the power of the story. I use these same techniques later in the VSL, here:

Whether we are talking about a sales piece or a post, people don’t have much attention to spare. It is why explainer videos (and videos in general) are becoming more popular.

When we change a Sales Page into a VSL, we have more tools at our disposal to help us communicate our message more effectively and efficiently.

We can use these tools to hit on emotional hot buttons but we can also use them to communicate complex ideas.

Businesses across a slew of different markets and industries use video to deliver content and engage their audience on a deeper level.

The benefits in these instances, is to simplify their message and deliver their content so their audience gets the picture.

This benefit is not limited to explainer videos.

Here’s an example of this kind of concept-simplification from the same VSL:

The point of these basic animations is to give the audience a visual representation of something they do not understand on a visceral level.

While you may understand what dopamine is, to imagine what it might look like in the brain is a stretch for anyone but a neuroscientist.

Images and animations, even simple ones, solve this problem.

What’s more, in a VSL you can deliver an A-list level viewer experience with B-level copy.

You can emphasize certain words with your voice, with music and/or graphics and animations.

The possibilities are endless which can be overwhelming at times.

The important thing to remember is everything must contribute to the emotional impact of your copy.

With this as your primary focus the options you have at your fingertips will shave down to the essentials.

But rest assured, every market will respond to images, sounds and stories that guide them through a resonant experience.

If you take one thing away from this article, remember how important it is to tie your images, sounds and copy together into a cohesive message for your audience.

The whole point of turning your sales page into a VSL is to geometrically increase the effectiveness of your copy, increase conversions and make something your audience cannot help but watch.

And of course, to make your conversions so good, you feel like singing “Hakuna Matata.”

Gerald McDonald
Gerald helps entrepreneurs engage their audience with story-oriented copywriting and video production. He writes at www.gerald-mcdonald.com and is currently working on a new, web-based television series. 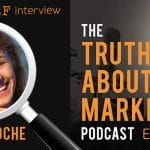 Episode 20 – How To Be A More Productive Writer