[Story Sells] How to Name Your Products So They Stick 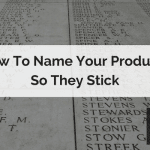 These names of fictional characters are easy to remember. Why?

For one thing, they are all examples of “sympathetic naming”. That’s where you name a character after a trait they possess.

So Han faces life pretty much “solo,” a lone-wolf. (Except for Chewbacca, who’s kind of like a dog.)

Gilderoy Lockhart, the blowhard from the Harry Potter-verse, is merely “gilded”, not actual gold. His surface may glitter but he’s really base metal underneath.

And Ben Grimm, the “Thing” from The Fantastic Four, broods as only a brick-man can.

When you’re naming a product or a cool feature of a product, it helps to think of this sympathetic naming rule.

Names are special. They anchor the reality of a thing into our minds. They help make it real. And if that name is easy to remember, we carry that reality around with us in our hearts.

Fiction writers pay attention to names, so their readers will be able to tell their characters apart. (One little trick: never give two main characters the same first initial.)

As a marketer, you want your “name anchors” to sink down deep so people don’t forget ‘em.

Sympathetic naming can help you do that. Like the name “Netflix” – the name pretty much says what the company does.

Or like a nose-cleaning solution I saw called XLEAR. The X was for Xylitol, the addition of which made this product special. And the rest invoked the word “Clear”, something you want for your nasal passages.

Ditto the “Instant Pot”, a pressure cooker that does work pretty darned fast. (In fact, some meals come together so easy with the Instant Pot that our family shouts out, “Thanks, Instant Pot!”)

And here’s a second naming technique you can use so prospects will remember the name. I learned this at a reptile show I took in at a local fair.

The “reptile man” put on a great show. He paraded his python, snapping turtle, gecko, and juvenile alligator through the audience and let us pet them. He overflowed with energy that kept the crowd pumped up.

He also educated. He wove in a lot of technical information, helping to dispel common myths and teach kids to be safe and enjoy reptilian life.

One way he helped sink all this info in was by giving the animals fun names.

One, in particular, stands out. A reptile named “Chiquita.” Wanna guess what kind of animal this was?

Yep, a snake. Python, to be exact. Yellowish.

I also remember a few other things about it, like the fact that it’s the 4th largest snake in the world.

And how anacondas, despite the awful movie, aren’t even in the top 5. (Turns out this guy was actually a technical advisor to that film. He did what he could.)

The name was an anchor for all kinds of information. And I remember it so vividly because the name piggybacked on something I already know.

This is the power of analogy. Borrowing from something we’re already familiar with: A banana, which is often tied to the brand name Chiquita.

Building on what we already know – using analogy — is how the brain learns.

(In fact, this is how memory champions can memorize the random sequence of a deck of cards in minutes. They fasten the new information – Jack of Hearts, followed by Ace of Spades, etc. – onto something they already know, like locations in their homes  – front door, followed by the stained living room couch, etc.)

Here’s how to use analogy naming: take a familiar object and find a trait it shares with your thingy. Could even be something simple, like the shape and color of a banana. Slap one name onto the other, bend it a little, and you’ve got a new name that’ll stick easier.

And if you really wanna go nuts, try and combine these two memory devices: borrow a trait from a familiar object (analogy) that also invokes the essence of your product (sympathetic).

The MORAL: Make your product names easy to remember with analogy or sympathetic naming. 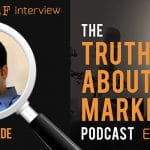