An Open Letter to the Greek Government (Alexis Tsipras)

Re: How to give Greece back its Alexander the Great Glory – with a BIG IDEA

Read this letter once before discarding.

The time has come to turn Greece’s bankruptcy into a thick vein of gold.

“In Europe today, Greece and the Greek people are synonymous with resistance and dignity.”

Millions agree with you.

In fact, if Alexander the Great was resurrected today, would this be his first strategic command?

“Alexis, my son, it is time to raise Greece from the ashes with the little-known power of a BIG IDEA.”

You see, I am not Greek.

I am not a politician, I am a direct response copywriter.

And thirty-three years ago, age six, I asked myself this baffling question: “what is a country?”

The following definition intrigued my classmates: “a country is just like a business. It has a boss and workers. Some work hard, others are lazy. It profits by selling specialist products found within its own borders.”

Amongst other things, Greece specialises in shipping, tourism and manufacturing.

This letter is about how to sell more Greek products and services quicker than ever before, so you can pay Europe back the €86bn owed (without austerity or tax hikes).

But who in their right mind would argue with your fellow countryman?

Aristotle said; “There is no great genius without some touch of madness.”

My hope is to infect you with a similar dose of mad-genius that created some of the world’s greatest businesses at a time when sceptics scorned and least expected victory – during times of great depression.

What do the Greek Gods have in store for you? What will Greece be worth ten, twenty, thirty years from now?

One thing is for sure, if Greece owned and sold any one of those businesses today, it would be debt free.

But the reality is this; I’ve waited with keen interest from 2008 to hear how my favourite European destination plans to get out of debt.

And the following observation angered me to the point of writing this letter.

I said to myself, “If a Nigerian bank advertises to me on CNN (in London) for years at a time… why can’t the Grecian empire persuade me to do business with them…?”

And before Greece turns to salt, I implore you; give Greece back its Alexander the Great Glory with the power of a BIG IDEA.

The power of a Big Idea

I hear you ask, “What is a BIG IDEA, and how can it unleash Greece’s true potential?”

It takes a big idea to attract the attention of consumers and get them to buy your product. Unless your advertising contains a big idea, it will pass like a ship in the night. – David Ogilvy.

A “big idea” is the most addictive formula in advertising.

The most profitable secret to launching blockbuster products in times of distress.

A big idea trains your prospects brain to crave your product (or country) even if it’s surrounded by deeply entrenched big-budget competition.

And its persuasive structure guarantees to melt buyer resistance “on mass”… like no other approach to advertising yet discovered – skyrocketing your sales.

BIG SELLING IDEA: The powerful, unique idea that drives your promotion…… Its purpose is simple: If you can get your prospect to believe in this idea, it’s much easier to get him to buy your product. – Clayton Makepeace

I struggled to find the answer.

Which lead me to believe that at a time when needed  most, no Greek company has tapped into the power of “big idea formulae,” which is a shame, but I bring good news – it’s not too late.

You see, the free press Greece has generated over the last seven years is mind blowing.

Yet I see no effort to capitalise on the fact that Greece has been put into the mind of your ideal prospects “worldwide” by CNN, BBC, Reuters, Times, and the rest – without charge.

It may have been for the wrong reason, but just like the tactics used by the greatest military genius of the ancient world, Alexander the Great…

I pose a serious question: how has Greece’s greatest marketing tacticians turned the media hype to your nation’s glory?

How to win your country back with a BIG IDEA

Believe it or not, Greece may be severely outnumbered, but it has an intriguing story to tell that nobody has heard yet.

And if executed with military precision, this story loaded into an engaging big idea is guaranteed to attract more business and create more jobs than your finance minister is expected to report in the next 20 years.

I’m convinced, if you create a big idea promotion for your top five industries, you could easily disrupt and dominate each market within the next 12 – 36 months, generating enough profit to chip away at paying back the €86bn bailout fund – winning your country back.

Starting with your tourism industry, here’s three examples of how you will double, triple, and even quadruple its annual revenue:

David Ogilvy said; “In 1974 American tourists were discouraged from visiting Britain by newspaper reports of an acute shortage of electricity. This ad announced the end of the shortage.”

What was the result of a series of direct response ads promoting Britain?

“When we took over the “Come to Britain” account… Readership tripled, and in the subsequent ten years U.S. tourist expenditures in Britain have tripled.”

Note: According to the Guardian, Mr. Sarris, from Hotel Liotopi in Greece said this: “I got an email asking if there was still water in our country…”

Mr Tsipras, forgive me for asking:

What big idea engages prospects after your very public financial audit? Your Minister of Tourism Elena Kountoura, may say visitors don’t need to be told Greece’s lights are on and ablaze. But “what if” a similar campaign “tripled your tourist expenditure” in 2016 and beyond? Hallelujah!

Next, a modern marvel.

How much has Vegas earned from these five words?

A five-word big idea that became one of the most famous ads in modern tourism marketing.

Its pulling power helped Vegas survive the 2008 recession and scrape through the real estate collapse, which hit hard.

Its genius conceived in 2003 by ad agency R&R Partners.

The ad spoke to a need millions of people crave – freedom.

Like it or not, “What Happens Here, Stays Here” hit its mark and drove millions to sin city.

That said, sin was Apostle Paul’s enemy as his missionary tour meandered through Greek streets in 47 C.E. “Truly fascinating!”

But what five words lift your islands historic brilliance off the pages of the Holy Bible?

I can’t see any words as effective as “What Happens Here, Stays Here.” Harsh but true.

In fact, the only thing I see clearly is this:

Finally, what big idea is your tourism board relying on to drive new visitors to your island home from 2016? (I ask because Greece has all the ingredients to ensure a video promoting Europe’s most wonderful summer gets more than just 11,065 measly views. You deserve better)

Think about Las Vegas as we know it.

Founded on May 15th 1905. That was just yesterday. I can remember what I did that day.

On the other hand, how far back did your Grecian ancestors pioneer the following: Olympics… earliest practice of medicine… modern philosophy… concept of democracy… discoveries in modern science? (And the rest)

Don’t you think there’s a magnetic tourist-pulling BIG IDEA lurking in your rich history that hasn’t been told yet?

I’ll bet my house on it.

This is why Alexander the Great cries out from the grave; “Alexis, my son, it is time to raise Greece from the ashes with the little-known power of a BIG IDEA.”

And here’s why I believe time is short…

How can you fix this? What was the result of a series of direct response ads promoting Puerto Rico?

“… Fourteen thousand readers clipped the coupon from this advertisement, and scores of them later established factories in Puerto Rico…”

How many international enquiries to set up new factories have you received from 2008? (How many factories folded in last seven years?)

What would it mean to the Greek economy if a big idea campaign attracted three new corporations to fight for every abandoned factory?

Your industry leaders can and should do the same.

Because without a doubt, Greek society was daring enough to inspire achievements that shaped the foundation of Western civilization.

You went on to accomplish great feats that can be used to engineer a big idea campaign unequalled by other European nations – uniquely Grecian.

And to prove Greece is losing billions by not having an effective big idea campaign in flight today, feel free to download Direct Response World’s First Big Idea Launch Manual.

Forward a copy to every government department. It will change the way you market Greece forever.

In fact, I’m so convinced it will work for you that I feel Greek blood pumping through my Zambian veins… excited for Greece’s potential… because it is one BIG IDEA away from Alexander the Great Glory. 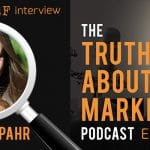 Ep 35: The Truth About Felicia Spahr 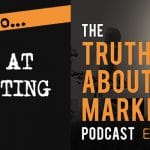 Ep 36: How To Fail At Marketing