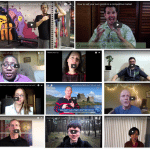 No doubt about it…

… short social videos are good for your business.

They grow your authority, your reach and help you sell more of what you’re offering.

IF you do it right.

Problem is, very few people are doing it right.

When  you decide to watch a video online, how long do you give it to “pay off”?

Probably depends on your relationship with the person IN the video, right?

If it’s your cousin Bobby explaining why he had “borrow” that two grand from your sock drawer and flee to Mexico with your wife, you’re likely to watch till the end.

Provided he doesn’t babble too much.

True Confession: I used to babble in my videos.

There, I said it. I was a babbler.

Feels good to get that off my chest.

The thing about posting a lot of video online is that it FORCES you to get better at it pretty fast. I make a lot of videos in my car. Don’t try this at home.

You get immediate feedback on whether your video is hitting the mark or not (often in the form of cricket sounds).

When a video gets almost NO reaction (likes, views, comments, shares), you know it sucked.

It hurts a little, but you grow from it.

Problem is: too many sucky videos of you babbling on a topic and your audience is not only skipping your videos, they’re skipping you altogether.

Yes, now more than ever, we are judged on our ability to HAVE A F’KING POINT.

So, how do you make sure your videos have a point and save you from being labeled a time wastin’ S.O.B and banished from feeds, unfriended, and privately ridiculed?

The answer is to be a POSER.

Take a look at those thumbnails of my Facebook videos… there’s a clue in there as to which ones are POSER videos (and got thousands of views)… and which ones weren’t.

I know you might have a lot of anxiety around making video – especially the kind that feature your face taking up the entire screen.

You’ll get over it.

Good news is you don’t have to shove your face in the camera to make effective POSER vids.

Some people should probably not. And it ain’t about being attractive. If I’m not letting my shiny cue ball head and long nose stop me, then you have no excuse.

More important than appearing ON SCREEN though, is what you SHARE through it.

Last month we held a challenge inside my marketing community Copy Chief to see who could make the best video following the POSER formula.

The results were amazing. A slew of first time video stars went to work and completely killed it!

A dozen marketers, freelancers and product creators all stepping out of their comfort zones and posting up their first video.

What made them do it?

Feeling safe in the community was part of it, surely. Plus there was a coveted Copy Chief t-shirt up for grabs (the only way to get one is to win one!)…

They knew the “punchline” before they started the joke!

That’s what this cool little formula does for your confidence. Simply gives you a framework for sharing a valuable tip, fast and babble-free.

Want to learn the POSER formula?

Well good. I’m going to share it with you…

… in the next article.

I’m also going to reveal the WINNERS of the POSER video contest.

I’ll show you how one of our members ran her POSER video as a Facebook post (not an ad) and got over 20,000 views, thousands of likes and 58 shares! Wardee had a ton of views, shares and lots of sales posting her POSER video on FB.

All coming up in part 2.

Today I’d love to hear from you. Are you using video in your business? If, which kind? And if not, what’s holding you back? 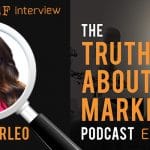 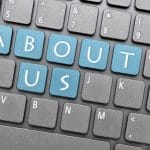 How to write the perfect About Us page