The ‘joke’ that made a millionaire

If you don’t, you may not recall one of the greatest marketing pranks of all time. 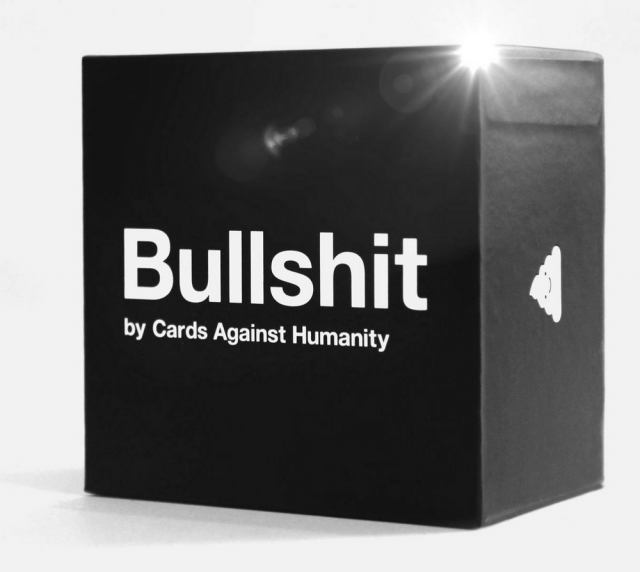 It was with some consternation that purchasers of the said product fervently took delivery, tore open the packaging and discovered… they’d just spent their hard-earned cash on actual bullshit.

Real cattle feces, albeit beautifully packaged, sent direct to their door for the princely sum of $6.

This was Cards Against Humanity’s cheeky protest to the obsession of simply buying ANYTHING on Black Friday (even though the sales page did specify the contents as “literal feces, from an actual bull”)

And, for those few who didn’t see the funny side, CEO Max Temkin rightly pointed out:

“If you buy poop expecting it to be anything else that’s not poop, you’re actually buying a valuable life lesson for $6.”

It was a salutary lesson in “right time” marketing which hit the mood perfectly and made the company a literal shit-ton of cash.

And it reminded me of another ‘joke’ marketing campaign from yesteryear… which ultimately made its founder a millionaire.

In March this year, we heard the sad news of the death of Gary Dahl inventor of the infamous Pet Rock.

If you’ve never heard about Pet Rock, it really is simple.

This guy – a professional copywriter – decided to sell a rock.

And its presentation was key.

For $3.95, your Pet Rock was delivered to you in a little box, with holes cut out so it could ‘breathe’ and a bed of straw for its comfort.

Your rock even came complete with a manual including detailed instructions on how to care for your rock.

And it just flew.

Local press, then national news fell for it BIG TIME and it turned Dahl from a dead-broke copywriter into a millionaire overnight.

What makes this even more incredible was that this happened back in the 1975 when shizz like this couldn’t go viral.

The Pet Rock was THE Christmas gift in 1975.

And that’s all it took.

(Sadly, like most one-hit wonders he never managed to follow up his success. Nothing he produced after quite caught the public’s imagination.)

But still, Newsweek called it: “One of the most ridiculously successful marketing schemes ever.”

And who could argue with that?

Looking back on it, there were three elements that came together to make him a millionaire…

1. A desperately simple, easy-to-understand idea – it was a rock. In a box. But the difference its status had been magically elevated to ‘Pet’… simply because you’d been told it was so.

2. The right timing – in the hippie 70s it captured the public imagination, plus it was a pet you didn’t really need to do anything with. Perfect for stoners, man…

3. Added value – it wasn’t just a rock. It was the presentation of the rock in its housing and the ‘cuteness’ of the guide which added enough novelty to make people part with $3.95.

Remember, you don’t have to come up with something new and original.

It’s far more important you have a clear message, get your timing right and can add value.

Present an age-old product in a different way.

Deconstruct it and deliver it in a way which meets the needs of your audience.

Borrow, pilfer and steal from other industries and professions to find a new way to deliver the Big Idea in your product or service.

It may even bag you a million bucks.

Now, that isn’t a laughing matter.

Agonizing over minutiae
Warming Up A Cold List – How Would You Do It?