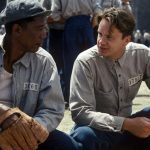 I’m six years old and everyone is staring at me. The whole class is restless. Mrs. Brown, at the back, nods her head in encouragement. I see Eric in the third row fidgeting in his seat. He’s crumpling up paper for a spitwad.

No more stalling – time to pull out the big surprise.

It’s Show and Tell, and I’m up. I pull out my gigantic pink dolphin.

But no words come out. I stand mute as the glass giggles at the boy with the huge pink toy.

“Can you tell us about him, Scott?” prompts Mrs. Brown.

But my mouth is dry and no words come. I just shrug.

Okay, this never happened. But if it had, you could say I was following the rule that some storytellers recommend.

Don’t bore your audience by telling them stuff. Instead, hook their feelings by immersing them in a vivid world.

Great art does not explain itself, goes the haughty version.

Of course, you want to show the events of your story. Blow ‘em away and immerse them in a world.

That’s all well and good.

But telling is also equally important, especially in sales storytelling.

What’s the difference between showing and telling?

SHOWING is when you narrate the action or describe what’s happening in the story:

“The dark-haired beauty glided across the dance floor, her eyes locked on mine like lasers.”

TELLING is when you explain the meaning of an action:

“She was a hunter, and I was her next victim.”

“Telling” gives the audience the keys to interpret an event, so they understand what the event means to them.

To see how this is done, I suggest taking a detour to Amazon and reading the first few pages of Oren Klaff’s book on selling, Pitch Anything. In just the first few pages, Klaff cocks both barrels of the shotgun – showing and telling.

Klaff tells the story of how he closed a difficult sale with a high-powered investment customer.

“He’s a math phenom who can calculate yield curves in his head … he’s seen more than 10,000 deals and can detect any kind of flaw or BS…”

He continues SHOWING us how the financial giant heckled Klaff during the sales pitch. Says Klaff:

“A minute later, I was explaining, ‘Our secret sauce is such-and-such advanced technology.’

And he said, ‘No, that’s not a secret sauce. That’s just ketchup.’”

Things just ain’t going well for poor Klaff. This the part of the story of gravest conflict – the dark night before the storm. But fear not. Klaff is about to hit the climax and claim victory.

But — before he can SHOW us that point in the story, he needs for us to interpret his win in the right way. He needs us to understand how his victory came about because of his superior technique – a technique that the rest of Pitch Anything will teach us.

So before he shows us the reversal of his fortunes, he TELLs us why the sale almost slipped away:

“I was faced with the presenter’s problem. You can have incredible knowledge about your subject […] and still not be convincing. That’s because a great pitch is not about procedure. It’s about getting and keeping attention.”

In a few sentences, Klaff dismisses tons of other sales presentation advice. He zeroes in on what counts in a sales pitch – attention.

He then teases us with three techniques for snaring attention, before getting back to the events of his story.

The whole story is designed to get us readers interested in Klaff’s methods, so we’ll read the rest of his book. (Like many smart authors, Klaff uses the first introductory chapter as a sales pitch for buying the rest of the book.)

Telling is powerful in the context of a story. The surrounding narrative, smacking as it does of real events, shines an extra aura of truth on the Telling statements.

Even the best fiction does this. Let me close with my favorite example of TELLING from the silver screen.

The most beautiful example I know – from The Shawshank Redemption.

The entire film drips with the liquid gold of Morgan Freeman’s narration. Narration that TELLs us the meaning of the drama on the screen.

In one scene, inmate Andy Dufresne commandeers the prison-wide PA system. He pipes a Mozart opera throughout the whole prison.

The next few images cut to different inmates in different parts of the prison. When they hear the music, they stop what they’re doing. The band saw goes silent in the woodshop. The patients in the infirmary escape their beds.

It’s a beautiful moment, but it takes Morgan Freeman’s delivery to really send it home. This is what he says next:

“To do this day, I have no idea what them two Italian ladies were singin’ about. Truth is, I don’t want to know. Some things are best left unsaid. I like to think they were singin’ about something so beautiful it can’t be expressed in words, and makes your heart ache because of it.

“I tell you, those voices soared. Higher and farther than anybody in a grey place dares to dream. It was like some beautiful bird flapped into our drab little cage and made these walls dissolve away … and for the briefest of moments – every last man at Shawshank was free.”

After you hear that, you know exactly what you’ve just experienced. Before Freeman’s narration, we witnessed a moment. But now it’s a Moment, a little cinematic pearl that lives on in the treasure chest of your memories.

And this ain’t no bone-dry lecture, neither. It’s got poetry of its own. You don’t have to bore when you tell.

SHOW us what happens and then TELL us what it means. 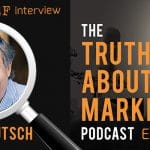 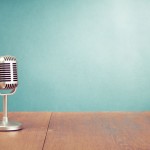 How to make money with your podcast