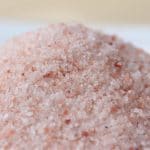 You can ramp up the intensity of the stories you tell when you insert one basic theme. My friend Michael Hauge revealed this to me recently.

According to him, nearly all stories in the world revolve around this central dilemma. And, so too, do our lives.

When you put this theme into your stories – in an email, a sales letter, or even a casual conversation – you ramp up the engagement factor, because suddenly your stories speak directly to a person’s soul.

What is this powerful idea?

In a word, “authenticity.” Getting past the surface “persona” you present to the world … and letting your True Self – what Michael calls your ESSENCE – shine.

Every hero in stories – from Beowulf to Captain America – must take the same inner journey: to become their True Self (even if their outer, physical journeys differ.)

(Michael shows you how this is done using Matt Damon’s character in Good Will Hunting in an article linked at the bottom of this post).

Now, we all want to be authentic. “Be yourself” says the cat poster … but few of us really want to expose our “true selves” to the light of day. It’s a little like walking around naked.

That’s why heroes in stories overcome a series of external obstacles, because those things symbolize the inner transformation the hero goes through.

Michael has personally helped many filmmakers – like Will Smith and Shane Black – bring the power of this theme of authenticity to their stories.

But he recently told me about a time he had to swallow his own medicine to help his own business.

Here’s the story: Some years back Michael was interviewed by the leading screenwriter magazine Creative Screenwriter for a story on the best “Script Coaches” in Hollywood.

The journalist had a simple plan: He would take his script to several different “script doctors”, get their feedback – and then he would judge the judgers, handing out a rating system that other people can use.

This was a big deal as this rag was read by the people in the trade. (In fact, now more than ten years later, script consultants still use their “5 star rating” from this article as a selling point in their ads.)

Michael knew his stuff inside and out, so he expected to lead the back with a stellar rating.

He was wrong. He earned only 3 out of 5 stars. And that stung.

(Though it’s telling that years later, the journalist reached out to Michael and said: “I wish I would have listened to your advice all those years ago, because you were dead on what was wrong with my script.” But that didn’t help Michael’s feelings at the time.)

Michael’s ego took a serious blow. And then he realized that ego was the reason for his less than stellar review.

Now, this way of doing things made perfect sense to Michael. After all, this is what his clients were paying him for: his hard-won Hollywood insights on what makes a great script tick and sell for big bananas.

But – after reading the journalist’s tepid 3-star review, Michael realized that “ego” also played a part in only recording his side of the conversation. It stroked his ego to know that HE was the expert.

So, Michael took a hard look at himself and decided to make a change.

He began to start every single critique with a series of questions for the storyteller – questions about their characters, their themes, their visions for their scripts and movies. And this time he recorded what everyone said.

This put Michael and his ego in the passenger seat. But it made him more authentic regarding his gifts as a coach and consultant.

And, it improved his coaching. Because now he always starts with a clear picture of what the writer intends to create.

Many of Michael’s clients now single out this feature out as one of the big benefits of working with him. And his consulting work has increased dramatically ever since.

This is no surprise to us marketers: the product is all about the CUSTOMER’s NEEDS, not ours.

Michael’s story shows how the transition to authenticity – as painful as that process can be – can help you become a better version of yourself.

But what if you don’t have this kind of story to tell your clients?

No problem. You can also leverage this theme by showing how your product or service helps your customers live a more authentic life … a life more in tune with their “true selves.”

As an example, take this fella John Cawrse.

He’s the face of a product called “Aztec Salt,” a sea salt harvested from the flood plains down in this area of Mexico.

(And the dude’s name – “Cawrse” … pronounced “course” as in coarse sea salt … how much more authentic can you get?)

Here’s some of the story he tells on the sales page for Aztec Sea Salt:

“I was on my way up to San Blas for a day of surfing with a bunch of families, when I saw the fruit stands by the side of the road.

Out-of-the-blue, I remembered my friend, Lina. She’s a foodie from San Francisco. And when I had told her I was living in Mexico for a month, she said, “Try the salt. The ones they sell in white burlap bags.”

“The salineros showed me around their eras (saltpans), and how they made the salt.

And at the end of the day, I held a deep appreciation for the salineros and their work.”

Now, these story bits are flavored with authenticity.

We see Cawrse doing what he loves — surfing …

Plus, he sees the authenticity of the local flavor by the road stand …

… the traditional process of harvesting …

… and now he’s bringing that to you. The opposite of processed or artificial. Striped down, the essence … coarse, not refined … sourced locally … not manufactured in a plant.

When you eat it, you feel like YOU are now part of that authentic world.

It’s the marketing theory behind the idea that we buy products for the people we want to be seen as … rather than just the benefits they bring.

So even if you don’t have a story that shows how you battled ego to live a more authentic life, you can show how your product resonates with the true self of your prospect.

The MORAL: Use the powerful theme of AUTHENTICITY to help your prospects better “live their truth.” 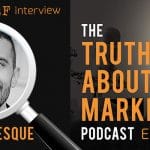