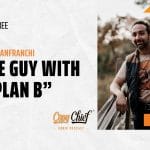 “I’ve done a lot of erasing throughout my entrepreneurial journey” he told me when I remarked that beyond his LinkedIn profile, there’s not much about him online.

It isn’t that he’s embarrassed by the different businesses he’d created before becoming the COO of Todd Brown Inc and running the ship at Todd’s Marketing Funnel Automation, just that he’s obsessively focused on the now and the next.

When he made the scary choice to quit a cushy sales job earning twice the money of the next salesperson and working half the hours, a co-worker asked, “If your plans fail, what’s your Plan B?”

He said, “I have no Plan B. I just can’t live a life where I don’t wake up excited about what I’m doing that day.”

Years later he ran into that same guy at an airport. He didn’t remember Damian’s name, but exclaimed, “Hey, it’s the guy with no Plan B!” and went on to tell him that the moment had inspired him to also quit the sales job. He was now playing music around the world.

This is my second interview with Damian because he’s “one of the best I know” in multiple categories, including…

Team Leadership…… and, most importantly, being a great husband and dad to his 3 girls.

He and his family live on a homestead farm in rural Virginia. The kids are homeschooled. They raise rabbits and goats. They travel the world.

All while Damian runs a company doing more than most.

Often it’s just annoying to listen to someone talk about their amazing life. With Damian it’s inspiring because he’ll never pretend it’s easy.

He gives solid advice about homeschooling kids and showing them the possibilities of entrepreneurship through their own passions… knowing when it’s time to move on to the next opportunity… and how he manages to get so much more done in the same 24 hours as you and me.

Plus… whenever you’re ready: 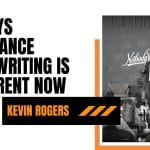 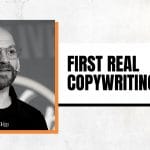