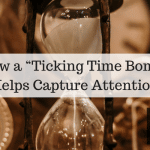 Deadlines seem to be hard-wired into our brains. It goes back to caveman days:

“We get home before sun goes down, Thog. That when monster attack.”

And when it comes to closing a sale, time limits create urgency to act. Like posting up a countdown timer on a sales page. When those digits flip to zero, the deal is gone.

But the ticking clock isn’t just for closing a sale. It can be used at the opening of a pitch to help capture attention. Just like in stories.

A ticking clock is a common device in many stories.

And not just a clock – but a clock wired to a bomb.

You can see this Ticking Time Bomb device in many movies and TV shows. It may not be an actual bomb: maybe it’s an asteroid that’s hurtling toward the earth, like in Armageddon.

And in the movie Speed, the Ticking Time Bomb had an added wrinkle: the heroes are stuck on a bus, and if its speed drops below 50 mph, they become human jigsaw puzzles.

Or like in an episode of NCIS, the long-running police procedural: the investigators needed to solve a crime in a 36 hour window. If they couldn’t, then a top-secret military mission to rescue hostages, months in the planning, would have to be scrubbed.

But the “bomb” doesn’t have to put life and limb at risk. When a story has any countdown to any unwanted event, the ticking time bomb is in play.

Like in the romantic comedy Sleepless in Seattle: the movie builds to a climax when Meg Ryan invites Tom Hanks to meet her atop the Empire State Building on Valentine’s Day. But if he can’t get there before the doors close, he’ll never see her again.

Why do storytellers use ticking time bombs? For the same reason that marketers use coupons with an expiration date: a clear deadline urges action. And the storyteller’s goal is to captivate attention. A ticking time bomb draws a clear box around a story: The goal is clear; the stakes are clear.

So when a story shows us that a bomb will blow at a specific time, our ears perk up. Immediately our lizard brain wonders, “will they defuse the bomb in time?”

We’re more likely to stick around to find out.

So if you can find a way to structure your sales story around a “ticking time bomb”, you have that much more of a chance to engage your reader and keep him from clicking away.

As the name implies, you just need two things:

Say Marla has to lose a few inches off her waist by her 20-year reunion. If she can’t, she just knows that witch Shelly Chan will be sneering the whole night. But here’s the catch: Marla’s only got six days before the big night.

That’s a ticking time bomb, which could be defused in more than one way …

She could “cut the blue wire” and try some weird water trick. Maybe this story is in an info product for fast diet tricks.

Or maybe she’ll go with the “red wire” and slap on a pair of Spanx. Instant slimming.

The ticking time bomb must be shown at the start of the story, of course, otherwise we won’t feel the sense of urgency. And we need to see why the “bomb” will be bad, assuming we’re not talking about an actual bomb.

So in our tale about Marla, we’d like to know why she needs to show up Shelly so bad. Maybe Shelly made fun of Marla’s weight in school. And to make matters worse, lately Shelly’s been spamming the reunion page on Facebook with pictures of her brand-new bikini bod. Marla really wants to wipe that smirk off her face.

So show us the “bomb”, and start the countdown.

The MORAL: Rig a ticking time bomb into your sales story to ramp up engagement. 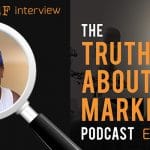 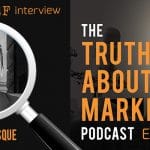