[Story Sells] When Customers Pay You To Read Your Ads

Stories are viruses. Once you’re exposed, you can’t unhear them.

Over 15 years ago, my dad put in a request for his birthday – a book. Maybe you’ve heard of it: Rich Dad, Poor Dad.

At that time, Robert Kiyosaki’s publishing juggernaut hadn’t demolished sales records. My dad had read a blurb somewhere and thought it might be a fun read.

As I tore off a piece of wrapping paper for the book, I read the subhead: “What the Rich teach their children about money that the poor and middle class do not.”

That intrigued me. I was middle class, and there hadn’t been a lot of money discussion tables at my dinner table. (The irony of a son buying this book for his father isn’t lost on me.)

So I started reading. I tried not to crease the corners.

A few hours later, I was halfway through the book. Noticing that the party was going to start soon, I hastily folded the book in the wrapping paper and slapped some Scotch tape on the sides.

But it was too late. The damage was done.

Kiyosaki had implanted a virus inside my head – a meme about money – that would never leave me.

Rich Dad relates the tale of how, as a plucky youngster in Hawaii, Kiyosaki learned the fundamental lessons about wealth creation from his best friend’s dad.

In one vignette, he relates how he was forced to cool his heels outside the office of his “Rich Dad.” Young Robert watched as two grown up women and one man did the same thing. They were all on the same level – employees. Working for a buck, instead of a buck working for them.

That image has never left me. The lessons were memorable because of the story that Kiyosaki wove around them. I doubt that a direct statement of his principles would have been nearly as effective.

What does this have to do with writing sales copy?

It turns out that Kiyosaki intended the book to be an ad for his high priced product, his board game “CashFlow” that originally sold for over $200.

You can buy Monopoly for $15. So why the heck would you spent a couple Benjamins on knock-off?

Well, if you read Rich Dad, Poor Dad, you no longer saw it as a mere board game. The book transformed your concept of what the game actually was: your own chance to learn from a “rich dad” in a box.

The book did its job. Kiyosaki sold a lot of cardboard and plastic game pieces.

And this was a “sales letter” you had to pay for! A sales letter that became a New York Times Best Seller for years in a row.

Other business gurus have inked stories to spread their message, book speaking gigs, and establish themselves as experts.

Like the One Minute Manager, which tells the story of a young whippersnapper just out of college who hangs on the word of a local manager hero.

Or Who Moved My Cheese, which is even more abstract – it’s a story within a story about two pairs of rats: one pair fears change, the other embraces it. (Guess which one wins in life?)

And for you copy hounds, you should definitely find a copy of Obvious Adams, a story of an upwardly mobile all American man of common sense, based, no doubt, on the life of legendary adman Claude Hopkins.

We all know that writing a book can be a great way to establish our expertise and authority.

But if the prospect of plunking out a non-fiction tome bores the heck out of you, consider clothing your message in a fiction story. You might find it’s even more memorable than a direct statement.

A book-length story can be the perfect delivery vehicle for your main message as an expert or brand. And might be a whole lot more fun to write. 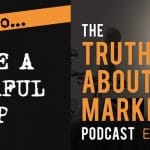 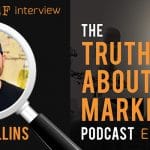 Ep 40: The Truth About Chad Collins