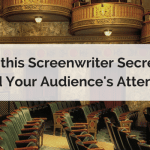 So the other day I was reading a book to my 4-year-old and I realized something strange: I want to know how this story ends.

The storyteller had sunk his hook into me. So when it came time to pick a story to read the next day, I practically begged my child to return to this particular book.

(I was refused – should’ve known better than to show how badly I wanted it. Negotiation 101.)

Why did I want to read it? The answer points to a storytelling secret that is very powerful, because it allows you to hold your audience’s attention to the end.

Even if you have boring bits in between.

I’ll tell you what this story was and why it compelled me to read in just a moment.

But first, it wasn’t because I fell in love with the characters.

It wasn’t because I was entranced by the magical setting or creatures.

It was because I wanted to see the MacGuffin.

In screenwriting speak, the “MacGuffin” is the (usually) physical object that the main characters seek.

In a typical murder mystery, the MacGuffin is the identity of the killer.

Now here’s the thing: if you pick the right MacGuffin – a MacGuffin that readers intrinsically care about – then you’re job as a storyteller is halfway done. A good MacGuffin will lure your readers through the thicket of your tale, doing most of the heavy lifting of attention-holding for you.

On the other hand: the wrong MacGuffin can make your story fall flat.

Take the most recent Indiana Jones movie, the Kingdom of the Crystal Skull.

Many audience goers cordially disliked the film, including yours truly. One reason may be because the MacGuffin – a sci-fi-ish object – wasn’t as satisfying as a good old ancient Judeo-Christian artifact like the Ark or the Grail. (Mr. Spielberg has ruefully agreed with this.)

So what can you use for a MacGuffin?

It might be the “Result” that your product promises: losing weight, making dough, finding the love of your life.

The MacGuffin can also be about the DISCOVERY or MECHANISM that accomplishes this result – finding a guru, the hunt for a medical principle, etc.

Or, the MacGuffin could be only tangentially related, with the Product Benefit coming into play somewhere in between. Like in a J Piederman catalog story. Or in a Big Brand Commercial. Or a tale for a daily email.

But whatever it is, the best MacGuffins have a pre built-in desire or curiosity.

So in Indiana Jones, most Western audiences know and care about ancient Biblical artifacts like the Ark of the Covenant and the Holy Grail. (Dan Brown pretty much exploited the heck out of the last one in The Da Vinci Code.)

Which brings me back to the children’s book I wanted to finish. It’s called Marvin Redpost: Switched At Birth?

Written by Louis Sachar, who penned the beloved Wayside School books, Marvin Redpost is a series about the title character.

But like I said, my interest wasn’t in the character, it was in this particular story. In the tale, Marvin becomes convinced he might be the long-lost son of a King, a King who conducts a nation-wide search for his lost Prince.

So the MacGuffin is a blood test that will show whether Marvin is royalty.

I wanted to know the results of the test!

It has built-in curiosity: many of us like to believe we were born as something special, and the trope of the “switched at birth prince/princess” symbolizes that hope in a very crisp way.

Remember that the MacGuffin is a “hook” that pulls you on. It should have inherent curiosity. Most stories have some boring parts after all, or parts that are boring to me but may be interesting to you. But I’ll put up with them if I want to see how the story resolves.

That’s why I’ll sit through pages of Elvish poetry to see if Frodo manages to destroy the One Ring. Or wade through the many “travel book” sections of Les Miserables that describe the streets of 19th century Paris, just to find out whether the truth of Jean Valjean is finally known.

Likewise, some of the details for your product or service get a bit technical. Or the very nature of a giving a pitch may repulse some readers. But if you dole these elements out in a tale that has a strong MacGuffin, you can keep your prospect’s attention.

The MORAL: Pick a “MacGuffin” with built-in curiosity to pull your readers through your tale. 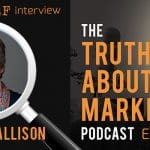 Ep 103: Marcella Allison – The Truth About Speaking Your Customer’s Language