[Story Sells] Netflix shows you how to have a happy family

Last column I reprinted the Wall Street Journal’s classic “Two Young Men” story and talked about the power of parables. Brief, punchy stories. Short on plot but long on meaning.

Another lesson to yank from the Two Young Men story is the power of the Comparison Story.

One life-path reaches Heaven and the other descends to Hell.

It’s a great way to feature your big selling point.

The “Two Young Men” parable sketches two portraits. One man becomes a mid-level manager and the other becomes CEO.

Or take another notorious Comparison Story – The Tortoise and the Hare. The overconfident Hare naps the race away. And he loses.

The key thing is you have very little time to make this point. So the moral must be razor sharp and resonate. Can’t be too complicated.

Real life may be complicated, with cause and effect hopelessly tangled. But in a Comparison Story, we strip life down its essence, with One Cause leading to One Consequence.

And those Causes are typically decisions the hero makes (like the decision to read the Wall Street Journal). Decisions followed by Consequences with universal appeal.

Love. Getting the boy/girl.

Or Happiness – living a life of fulfillment or disappointment.

These themes will never die. This last one hit home for me when I recently watched a Netflix show called “Chef’s Table.” In the series, each episode tells the story of a successful chef.

And the first two episodes contain the raw ingredients for a tasty Comparison Story.

Chef # 2 also runs an award-winning restaurant in the Big Apple.

But the similarities end there.

Chef #1 seems genuinely happy with his gig. His life has its ups and downs sure, but he loves what he does.

Chef #2 however, seems to run his restaurant as a duty. He also owns a sustainable organic farm, and he wants to prove that a restaurant can feature such food and still pocket a Michelin star or two.

As a result, he seems stressed and frustrated much of the show.

But for me, the difference between the two men is painted in a pair of very brief scenes, that together make a vivid Comparison Story.

In each scene, the chef can be seen with his family.

In Chef #1, there’s a scene of his children running around outside the restaurant, after one of them has just had a birthday party. The chef’s wife is there – she’s part of running the restaurant and helps create the look of the restaurant – and it’s clear this business is a FAMILY affair, everyone getting in on the act. The kids have practically grown up in the kitchen.

Cut to Chef # 2. How does he interact with his family? Well, during one hectic night in the kitchen, he escapes for a few minutes by climbing up a ladder and opening a trap door that opens into a little nook where his family is eating. It’s like they’re being kept in a tower. He spends a few minutes checking in on them before descending back into the fires of hell. (The wife of Chef # 2 doesn’t speak on camera. One wonders what she might have had to say.)

Now, I’m sure the reality is a lot more complicated, with plenty of stress and conflict in the first chef’s life and plenty of fulfillment and joy in the second chef’s life. But these two scenes paint a clear picture that has stuck with me.

If I were pitching a product about work-life balance, I would feature the moral that you can integrate your work-passions with your family. You don’t have to sacrifice one for the other, with rigid boxes on your schedule keeping the two apart.

Cause? Deciding to include your family in your work (or keeping them locked in a tower.) Consequence? Togetherness (or alienation).

Or we could extract another moral from it. For example, if I were Greg McKeown, author of Essentialism, I would point out that Chef # 2 was wasting his energies in too many different directions. Instead, he should ditch the restaurant and keep his farm.

Cause? Pursuing “One Thing” (or squandering your energies on many). Consequence? Happiness (or frustrated Despair).

What Comparison Stories have stuck with you? Do you behave differently now because a particular consequence was seared into your brain with a haunting image? Let me know in the comments below.

To illustrate your core benefit, find a pair of stories that show how one person hit the ball out of the park and the other struck out. 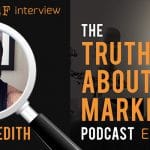 Ep 43: The Truth About Dan Meredith 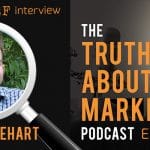 Ep 44: Zach Swinehart – Running Your Business While Traveling The World