Innocent Little Facts that Make or Break Your Sales Story 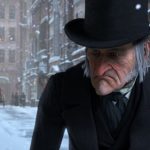 Anyone ever force you to read a story? Like the books of Chuck Dickens, scribbler extraordinaire of the Victorian age?

If so, that’s a shame (great way to kill a natural love for reading).

It’s also a howler of an irony — since Charles Dickens was the Stephen King of his day, pumping out reams of stories for an impatient public waiting to gobble them all down.

In fact, Dickens was also a story-entrepreneur, founding his own magazine that published his stories as “serials” or installments. Thus was born the cliffhanger ending and the original Soap Opera Sequence.

In other words, no one was forced to read Dickens. They couldn’t fork over their sixpence fast enough.

Dickens was a popular storyteller, a best-selling storyteller, so he knew a thing or two about hooking readers in and keeping them hooked for the ride …

… like how to sprinkle the beginning of his story with key facts that bear fruit later on.

Here’s an example from A Christmas Carol, one of my personal fave’s ever since I played Tiny Tim in my hometown community theater as a nine year old, cheerfully reciting “God bless us – everyone!” every weekend in December.

Here’s how the story starts:

“Marley was dead: to begin with.”

A few paragraphs later, well into his “lead”, Dickens repeats the point and adds:

“There is no doubt that Marley was dead. This must be distinctly understood, or nothing wonderful can come of the story I am going to relate.”

Why is Dickens spilling so much ink on this point? Because — * Spoiler Alert * — A Christmas Carol is a ghost story and Marley the chief specter.

Unless we believe in Marley’s demise at the beginning of the story, we won’t be thrilled by his chain-rattling entrance a few pages later … nor accept the cautionary advice he levels at Scrooge.

Little facts – introduced at the beginning of the story – set up important moments, like the climax, in a fictional story.

These “foundational facts” do the same thing in a sales story, by preparing the prospect to accept the Big Benefit, USP, or main sales argument for the product.

A decade ago, Porter Stansberry wrote a sales letter for an investment newsletter that brought in a big chunk of business. Often simply called “The Railroad letter”, it begins with:

“Imagine yourself wearing a top hat and tails, on the balcony of a private rail car, the wind whistling past you as you sip the finest French champagne…

“It’s 1850; the railroad is growing like a vine towards the west. And, although you don’t know it yet, the same rail that you are riding on today will soon more than triple your wealth, making you and your family one of the great American dynasties…”

This “imagine if” micro-story conveys an important point: sometimes … every once in a while … a new industry is born that transforms life as we know it and makes millionaires out of a handful of “on the ground floor” investors.

This is a fact we can all get behind – nothing controversial about it – yet it’s vital that we the reader think about it and accept it for Porter’s pitch to work a bit later on, when he introduces the concept of “Disruptive Technology” companies.

(Especially the company that is busy laying high speed fiber optical cable – the “railroad company” of the late 1990s.)

To establish the point, the story drops a few key facts near the beginning of the tale:

“He [the friendly Sicilian] said that Italians call it ‘novello,’ and they love it so much, they throw parties at harvest time each year to celebrate its arrival.”

Here we learn two facts: a special term – “novella” – and the fact of harvest parties, which shows the significance of the event. (If there’s a party, it must be important.)

These facts are usually simple and easy to accept … but they are absolutely necessary for the eventual pitch to work.

When we read the sales story, we tuck those facts into the back of our minds as we follow the thread of the tale … but these facts don’t lie dormant – they’re active – they reinforce the believability of the tale and, most importantly, they lay the foundation for the Big Benefit of the product or service.

In the case of the olive oil, the fact of the harvest parties preps us to accept the Big Benefit of the olive oil club: you get fresh-pressed olive oil from all around the globe close to the time of its harvest.

That’s party-grade olive oil, my friends … the kind you celebrate, as if it were a new born babe, full of potential, full of hope.

Make sure to “seed” your story with necessary facts – facts that must be believed in order for the sales pitch to succeed.

What essential fact do you need your readers to accept before you can make your sales pitch? Let me know in the comments below. And,

Wherein I ponder the power of the origin story.