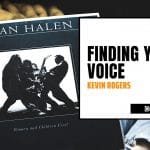 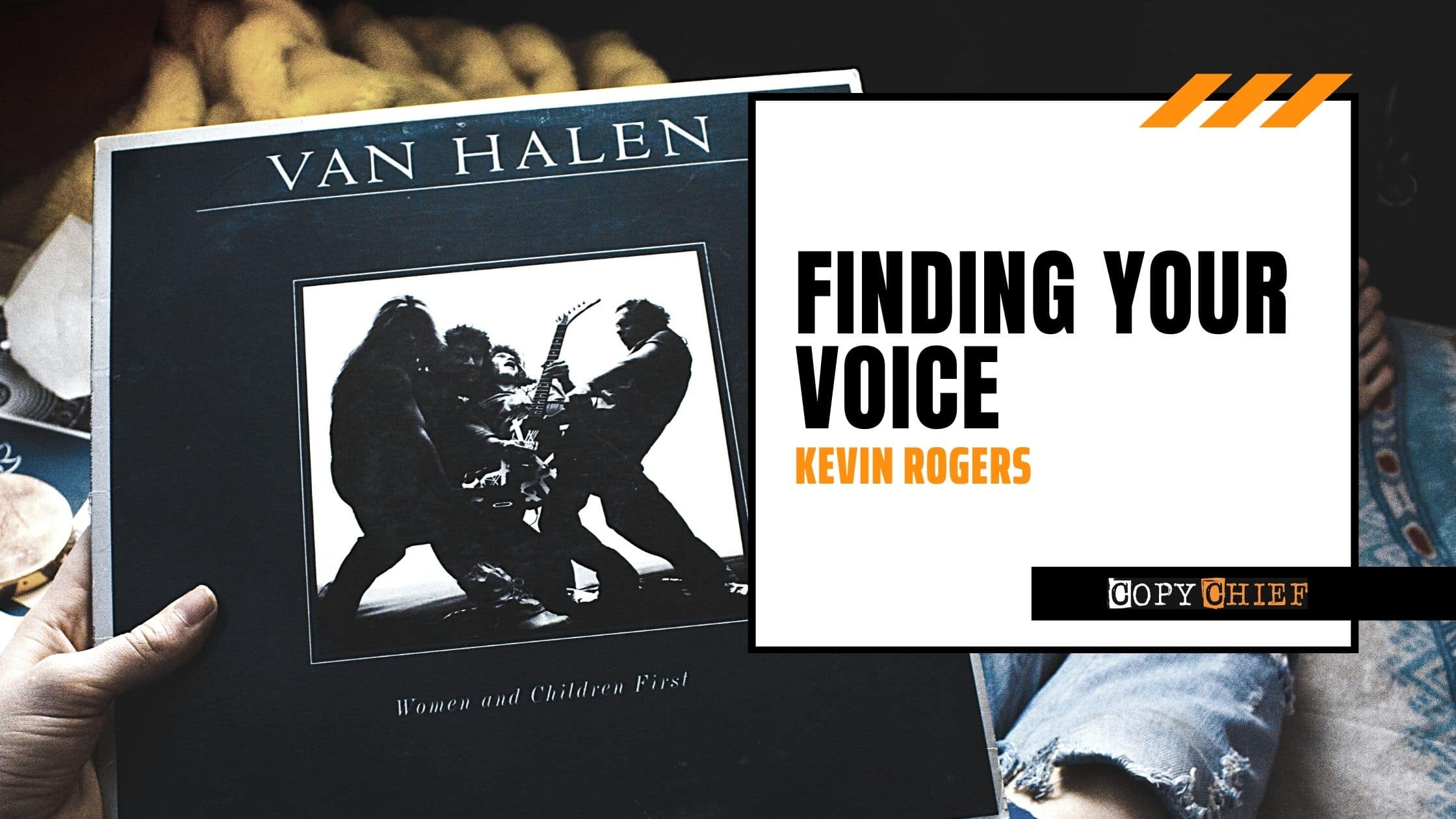 In 1962, a seven-year-old boy named Edward boarded a ship with his family and sailed from the life he knew in Holland to a new life in America.

The family had no money. All their belongings stuffed into a single trunk and their piano. Ed’s dad earned their ticket by playing with the ship’s band.

Ed arrived in California and struggled to fit in. He spoke no English. School was confusing. Segregation was in effect. Considered a minority, he attended an all black school and managed to make friends. Still, the white kids picked on him. Feeding him dirt sandwiches and mocking his strange language.

Ed’s dad couldn’t find work as a musician, so he worked as a janitor and played where he could on weekends. His mother worked as a maid.

The family escaped hard times with music. They would march around the house playing pots and pans and singing at the top of their lungs. They loved making music. The louder the better.

They spent any money they could save on instruments. When teenage Ed tired of piano, his mother, not wanting him to abandon music altogether, gave in and bought him the drum kit he’d been begging for.

Ed loved those drums and it angered him that his older brother had taken over the set and quickly become a better player.

For revenge, Ed stole his brother’s guitar and tiny amplifier and began plucking away loudly, having no idea how to play or even read music.

But it felt good in his hands. So he kept at it.

Before long, it became obvious to Ed and his brother Alex that they had found their respective instruments – each other’s. They formed a truce, and a band, using their last name as a band name.

They would jam cover tunes together in the living room every day after school.

Eddie’s plucking quickly developed into a very unorthodox style of guitar. He was chasing a sound. A sound that he heard so clearly in his head that he became obsessed with finding a guitar that could make the same sound.

He’d spend hours at the music store, where he worked delivering pianos, searching every guitar for the sound, but no standard guitar sounded like what he heard in his head.

So Ed began acquiring old guitars however he could and gutting the electronics. Literally bolting and hot-glueing them into compartments he chiseled into the wood body of other guitars… all in an attempt to recreate the sound he heard so clearly in his head.

His bedroom looked like a mad scientist’s lab. While most teenagers were busy smoking weed in the early 70’s, it was the smell of soldered wires wafting from under Ed’s door.

The sound was his drug.

Finally, by taking the fatter toned humbucker pickups from a Gibson guitar and combining them with the thinner toned pickups of a Fender Stratocaster, for the first time, Ed heard the sound in his head come out of an amplifier.

It was a defining moment for Ed, and for music history.

The guitar he famously named the Frankenstrat was indeed a monstrosity. In an attempt to cover up some of the burnt and chipped-apart wood, he painted the guitar with a wild red, black and white stripe pattern.

Eddie and Alex set out to complete the band and find some gigs. They added a barrel-chested bass player with a birdlike falsetto and a flamboyant singer from New York named Dave – born to be a frontman.

In the mid 70’s, rock was dead. Disco and punk ruled. Other musicians would laugh when they saw the band loading their gear into the club looking like a glammed up throwback act.

And what the hell was that ridiculous looking guitar with the corny striped paint job?

The laughter, of course, stopped the minute they heard that guitar blasting out sounds no musician – or fan – had ever heard before.

The band Van Halen was signed by Warner Brothers and released their self-titled debut record in 1978.

On the second track, in 1:42 Edward Van Halen permanently altered the direction of music history with a stunning guitar solo he called Eruption.

Just like Jesus’s life was so significant that it stopped time and reset the calendar from BC to AD, Eddie’s guitar changed music going forward…

Every rock guitarist was now either BVH or AVH.

One of the things we get caught up in when we get into this business – especially if you plan to become any kind of expert – is this insecurity about whether our ideas are valid… or original enough… or whether we’re yet “qualified” to teach on our topic.

We tell ourselves, “This has been said before… everybody knows this already… why would anybody need to hear this from me?”

Well, the reason they need to hear it from you is because nobody else will ever say it exactly like you.

How many millions of notes had been played before Eddie Van Halen picked up a guitar?

He didn’t care about that. There was something he needed to say, and he refused to stop until he got it out.

So my message today is simply this: when you have a good idea, or concept, or a special moment of inspiration (the kind that forces you to step out of the shower all wet and soapy to write it into the mirror fog!)…

When you get ideas that inspire you, hold on to it for a damn minute.

Don’t tell anybody about that right away.

Resist the urge to immediately blurt it out to social media.

Because when you do, it’s not yours anymore.

Now you’ve placed it into the care of others, and when it comes to truly inspired ideas, that’s far too much trust to give away. Especially to distracted strangers on a six-inch screen.

Eddie didn’t ask a thousand people how to make the sound in his head because only he could hear it.

When you have a great idea and you post it up on Facebook and nobody responds, you tell yourself, “Oh, it must’ve been nothing.”

Or what if somebody comments with, “Oh yeah, that sounds a lot like what this other person said over here… and there’s a bunch of good books that’ll tell you more about it… and you should talk to this person who does a similar thing…”

So now you’re drowning in everybody else’s ideas.

I say, do your shit, the way only you can do it.

Let it be awkward and ugly at first.

If it’s important to you, it will develop, and become revered, just like Eddie’s insane-looking Frankenstrat guitar that got him laughed at in the early days.

Here’s the great revenge story of that Frankenstrat guitar…

The minute Eruption came out in 1978 and every guitarist in the world said, “Man, I want to sound like that!”… guitar manufacturers went to work trying to build a guitar to sound like Ed’s.

But Eddie, being entrepreneurial in spirit even then, began to put fake stuff on the guitar to throw off the imitators. He installed fake toggle switches and dummy pickups that weren’t wired in…

Because he knew, “Hey, this is my thing. You guys laughed at this. I’m not letting you steal it from me now.”

Years later, Eddie finally decided to create his own official replica of the Frankenstrat.

Why? Because he stayed true to the sound in his head.

It’s good to have smart people help us guide our businesses. And it’s good to have people blaze trails for us. But if you really have something important to say, and you know it needs to be said… man, let it develop.

Let it grow organically in your own garden. And when it’s ready, go find the best ways to get it out there – on your terms. Not social media’s terms.

Because the only way people are going to react to your voice is if you hear it clearly first.

I’m rooting for you.

I was deeply saddened by the loss of Eddie Van Halen this week. This post is crafted from a talk I gave at my friend Ryan Lee’s FreedymFest event in 2015. It was two days before my son and I saw Van Halen live together. What a gift that was. If you’d like to see the original talk, it’s right here.

Whenever you’re ready, here are a few other ways I can help…

Become a member of Copy Chief. It’s everything you need to sharpen your skills as a copywriter and build your freelance business – all with a killer support system at your back to help you do it. To learn more, check out this page here.

Find out what the best in the business do differently with the Copy Chief Radio podcast. Every week we release a fresh new conversation with the top producers and change-makers in the world of marketing, copywriting, and business. Tapping into their minds won’t cost you a thang – listen here. 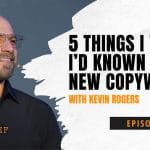 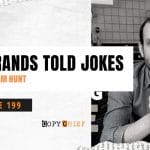