Last week I wrote about the “Tilt” — the event that disrupts your hero’s ordinary life and sets the story in motion.

(Without that, you just have “one damn thing after another”, which does not a tale make.)

But I left something out.

And that is — why should anyone care what happens to the hero of your story?

That’s where empathy comes in.

Empathy is when the reader identifies with the character – sees himself in the same pair of kicks your hero is sporting – and so wants to know what happens next.

The fastest route to empathy is to show a character struggling with the same problem that your audience struggles with.

Here’s how the ad begins:

“When you’re fat … I mean really fat … a lot of women like to stand near you. Apparently it makes them feel thin.

“Hello. My name is Jessie Travis. You don’t know me from Adam. But I’m a real person. I live near Pendly Hills, Georgia. And, up until two years ago, I was the fat lady that everybody wanted to stand next to.

“I was too tired to go out at night. I was even embarrassed to go out on weekends by myself. I waddled when I walked. I sweat when I ate. I wore anything loose that would hang straight down and wouldn’t cling. I wasn’t just “overweight”. I was fat. I was 5’4″ and weighed 204 pounds.

“I went to my doctor for help. But I wasn’t optimistic. I’d tried 14 different diets. One by one. And I failed at all of them.”

(And by the way, do you notice how short most of Weckesser’s sentences are, and what simple words he uses? That’s a little keeper to remember.)

A setup of any story should establish the “stakes” — what matters to the hero and why.

In the weight-loss ad, Jessie tells us what her life is like — she’s too tired to party, she feels depressed….

… and she give us the apt observation that skinnier people use her as a life-size “before and after” portrait.

Story maven Michael Hauge, in his book How To Write Screenplays That Sell gives us 3 ways to establish empathy:

1) Sympathy — Show the character the victim of undeserved misfortune. Michael cites the example of Sleepless in Seattle, that opens with Tom Hank’s character at the gravesite of his late wife.

2) Put the hero in danger, like in the boulder-ific beginning in Raiders of The Lost Ark

In the Bud Weckesser’s weight loss story, he leverages the first method — SYMPATHY — and this is common in ads, because we’re speaking to a target market.

Course, if you want to create different emotions, like excitement and coolness, then you might want to open with danger, like the classic “Granada cigar letter”, that opens:

“I used to think that the only way to have a real adventure anymore was to be an astronaut or something. But that was before my recent trip to the Hidden Valley in Honduras, where the alluvial soil is six feet deep and everybody and his brother carries a six-shooter for bandit insurance.”

Note the difference in the offer here. This ad is not selling a solution to a burning problem – instead, it’s increasing the desire for a product that could be perceived as a commodity.

Sympathy is often your best bet — describe what life is like for your prospect before he discovers your product.

Spend a few of your valuable opening words on building empathy with your target audience — take a page out of Hollywood and throw some undeserved misfortune at your hero. 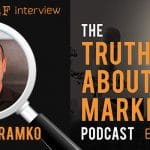 Ep 11: The Truth About James Schramko 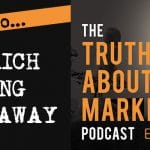 Ep 12: How To Get Rich Giving Stuff Away