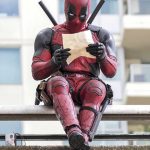 Walt Disney failed for years. Until he overcome a fatal weakness.

First, he tried desperately to draw comic strips for newspapers.

Then he attempted to bluff his way into a job on a Hollywood set.

Finally, he got close to success. He began making animated movies himself. He created a popular character called “Oswald the Lucky Rabbit” that brought his fledgling studio a steady paycheck.

But, failure bit him again. Walt didn’t own the rights to Oswald. His distributor did. And pretty soon his distributor scratched his head and wondered, “What do we need this Disney boy for? I’ll just hire his best animators and save a bunch of cash.”

Walt was summoned on a train to New York and broken the bad news. He lost his “cash rabbit.”

Three failures. But that was the last straw. Because he finally learned to overcome his weakness.

All those years, Walt had been creating ideas and characters for other people. People who didn’t have the vision he did. People who couldn’t be trusted to guide them properly.

So on a long, depressing train ride back to Hollywood, Walt hatched a new character. A character he would own, down to the smallest brushstrokes. No more working for someone else.

That character was Mickey Mouse, the Mouse who launched a billion-dollar intellectual property empire. (There’s a good reason the Disney company is still called “The Mouse House.”)

Why am I telling you this story?

Because like all good heroes, Walt Disney had a fatal flaw that kept him from success.

And only when he conquered that fatal flaw could he taste the sweet nectar of victory.

Luke Skywalker’s fatal flaw was summed up by Yoda to Obi Wan Kenobi:

“All his life has [LUKE] looked away… to the future, to the horizon. Never his mind on where he was. Hmm? What he was doing. Hmph! Adventure. Heh! Excitement. Heh! A Jedi craves not these things.”

Luke had to learn mindfulness – to be in the moment, bro – before he could master his feelings and take down his bad, bad, daddy.

A fatal flaw seems negative, and it is. Which makes you wonder whether it has any place in marketing.

Sure, we might think, it’s okay to picture the negative as something “out there.” The government. The pharmaceutical industry. Ben Settle’s “Goo roos”, those false prophets of profits.

But when it comes to my prospect, we think, I shouldn’t cast the smallest stone at his character.

After all, shouldn’t I be constantly telling him, “It’s not your fault”?

Well, a fatal flaw doesn’t mean someone is bad. It just means they’re missing something.

Like in this John Carlton golf letter, where he explains why you fail on the course:

“You see… you are ALREADY playing the best golf you’re capable of… you’re just not doing it ON THE COURSE.

That’s right. You’re “blowing your wad” on the RANGE, if you’re like 99% of the amateur golfers in the world. And you’re leaving your best game there on the range. And going out on the course with the WORST game you have.”

It’s a flaw, but it’s correctable. In fact, the flaw is corrected by the DISCOVERY that the sales letter promises.

Strangely, it can be a relief to learn why we’ve failed for so long. Cause then we know a solution is actually possible and that failure isn’t etched in stone:

Those stories help us believe that a solution is possible. Because now we know why we’ve failed … and therefore, why we might be able to succeed.

Storytellers include fatal flaws because those stories mirror reality. There’s always an obstacle to getting what we want.

First the hero must face it … must “remove the scales from his eyes” … before he can see clearly.

The MORAL: Include a “fatal flaw” that your hero must overcome before she can win. 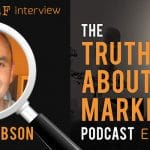