The first time I met Dean Jackson on the (now) famous white couches in Celebration, FL, he asked me a question…

“How long could you sit on this couch and do nothing before it had a negative effect on your business?”

I didn’t have to think too long.

“I’d be dead in two weeks,” I said and chuckled, although there was nothing funny about it.

“My projects would slip into chaos and my clients would be freaking out and calling for my head.”

Dean, in his non-judgmental, Zen Buddha way said, “See, that’s the thing. I could sit here for 6 months and not feel it.”

Of course, I knew that passive income was the key to the true “entrepreneurial lifestyle” we all desire. However, I was happy with my freelance copywriting business.

It had grown steadily year after year with higher quality clients, larger fees, more satisfying work and there was never a shortage of quality leads.

Through a decade of hard work and consistently positive results (with enough failures mixed in to keep me on my toes), I had earned a reputation that allowed me to say “no” to any but the most qualified clients, and happily pass on the rest to writers I thought would be a good fit for the job.

But there was a problem. A serious problem.

When the gig ended, so did the paycheck.

By choosing to work with entrepreneurs rather than publishing companies, I was not always collecting royalties on the back end. So while the jobs paid very well, any gap in production meant a dead stop in cash flow.

While my experience as an entertainer supplied an advantage of creative instinct and street smarts, I clearly hadn’t grown far enough beyond the artist’s mindset in terms of structuring my business agreements.

Where smarter freelancers set terms that paid them for the life of an ad’s “control” status (meaning it’s the one collecting the most sales), I was basically selling off my life, one month at a time, with no cushion for letup.

And I was nose-diving straight toward total burnout.

Dean’s simple question brought my fantasy of success crashing down around me. However, it wasn’t just the jealousy for his wiser business plan and zero-friction lifestyle that nagged at me.

And it wasn’t just concern for my own well-being (frazzled brain and frayed nerves be damned, I’ve always adopted the gunslinger’s mentality; survive the moment and keep moving forward)…

No. The real wake up call was the bigger question of, “If my business would fall into chaos after two weeks of my disappearance, what would happen to my family?”

People die in all sorts of bizarre ways. Wikipedia has a whole page dedicated to them.

2013: An unnamed Belarusian fisherman, 60, was killed by a beaver while attempting to grab the animal to have his picture taken with it. The beaver bit the man, severing a large artery in his leg.

Death by Beaver! Just imagine the jokes rolling through the back row at that dude’s funeral.

Or that Dean Jackson is smarter than most of us (he is wicked smart, but what he really excels at is creating elegant solutions to common problems)…

It’s about discovering how you can create passive income from a skill or talent you already posses.

There are many paths. You’ve likely traveled several of them on the promise that it was “guaranteed” to provide you “the lifestyle you deserve.”

But what works for some people does not work for all people.

I talk to people every day who found their path to passive income and somehow make it all look easy. And I talk to ten times as many who feel so frustrated and confused by it all they’re ready to give up. Most do.

The gnarliest hill to climb in any business is the one that goes straight up slippery rock on your way of those first few hundred dollars in sales. Every instinct tells you to turn back. It’s too dangerous. All your friends and family are quick to confirm it “Turn back!” they yell…

“Don’t be foolish. Why make life so difficult? Stick to the well-worn paths.”

They mean right by you, but chances are they never achieved their biggest dreams.

$500 won’t change anyone’s life, but the knowledge you gain earning it, from scratch… that’ll make you feel born again.

My solution to imminent burnout was to create a way that I could help not just one… but many business owners create better ads and higher converting sales funnels.

Instead of serving just a single client at a time… now I’m able to serve hundreds at a time through my private copywriting community called Copy Chief.

An amazingly elegant solution to a common and seemingly complex problem.

(You may have guessed that Dean’s mentoring played a role in helping me create it, along with brilliant coaching by James Schramko.)

Beyond just copywriting training and coaching though, the Copy Chief community has quickly become a place where marketers of all experience levels come together and forge new paths of profit.

Helped a teenage copywriter break the record for the most “rap beats” sold in a single week.

And now were guiding a young Australian couple with a new baby to start a ClickBank affiliate sales funnel from scratch.

The greatest part of these projects, aside from seeing the members succeed beyond their own expectations… is that we all learn together.

No posturing. No one-upping. No jealousy. No egos.

If we don’t know, we ask… and together we find the way.

Right now you can come experience Copy Chief with 10-day un-restricted access for just $1 – but only for a limited time. 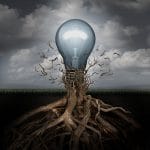 The power of origin stories
When it’s right to stereotype